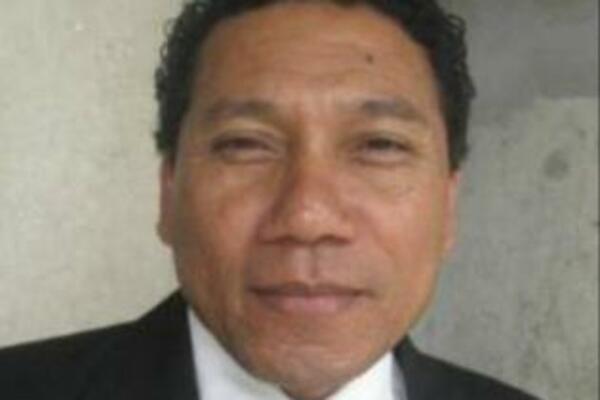 The Hon. Agovaka said that it is crucial that all government ministries are consulted on the PACER Plus.
Source: Archives
Share
Friday, 15 April 2011 12:48 PM

The consultation meeting involves Government Permanent Secretaries, local
trade officials from the Ministry of Foreign Affairs and External Trade and a
leading consultant for Solomon Islands on PACER plus, Professor Robert
Scollay.

Minister Agovaka said it is crucial that all government ministries are consulted on
the PACER Plus negotiations because it can have potential implications for
almost all the Ministries and institutions in Solomon Islands.

"It is crucial that each of you are well-informed about the negotiations and are
aware of the important roles that each Ministry can play in contributing to a
national approach to these negotiations," Minister Agovaka said.

PACER was endorsed by Pacific Islands Forum Leaders on 18 August 2001 and
almost all Forum Members, including Solomon Islands, have signed and ratified
it.

PACER is not a trade agreement, but an umbrella agreement that establishes a
framework for the gradual trade and economic integration of the economies of
the Forum members.

It should be fully supportive of sustainable development of the Forum Island
Countries and contributes to their gradual and progressive integration into the
international economy.

More specifically, PACER provides a framework for cooperation leading over
time to the development of a single regional market. This single market will
include trade in goods and services as well as movement of capital and labour.

PACER-Plus is a process that was launched by Pacific Islands Forum Leaders in
2008 and is now being developed to discuss, more broadly, regional economic
integration of Forum Island Countries with Australia and New Zealand.

The process of negotiations was formally commenced by Forum Trade Ministers
in October 2009. At that time Ministers identified a number of priority subjects for
negotiation, including: Rules of Origin, Trade Facilitation, Labour Mobility and
Development Assistance and Infrastructure.

Minister Agovaka explained that PACER Plus is important for Solomon Islands
because it is the first trade arrangement to be negotiated with significant
developed country trading partners.

"It is the most important economic negotiations that Solomon Islands and other
Forum Island Countries will undertake this decade. And as such, its impact could
be huge that it is likely to dwarf any other regional initiatives" Minister Agovaka
said.

Minister Agovaka stressed that countries negotiate trade agreements for a
number of reasons which include reduction of barriers to trade, securing
improved access to each others' markets, creating a trading environment that is
transparent and certain, encouraging economic cooperation and to essentially
promote development.

He further stressed that negotiating the agreement however is full of challenges
and Solomon Islands have to do it right and in a way that is mindful of the
Solomon Islands context.

"If we are to make liberalization commitments under a PACER Plus arrangement,
it is our duty to ensure that our local businesses are able to operate in an
environment that encourages competitiveness and to create a level playing field
with foreign competitors," Minister Agovaka said.

He said Solomon Islands need to identify sectors and products which have
potential for development in Solomon Islands and look at ways in which a
PACER Plus agreement will encourage rather than restrict their promotion.

National Consultations will cover a wide range of stakeholders including
Provincial Government Authorities and the Private Sector.