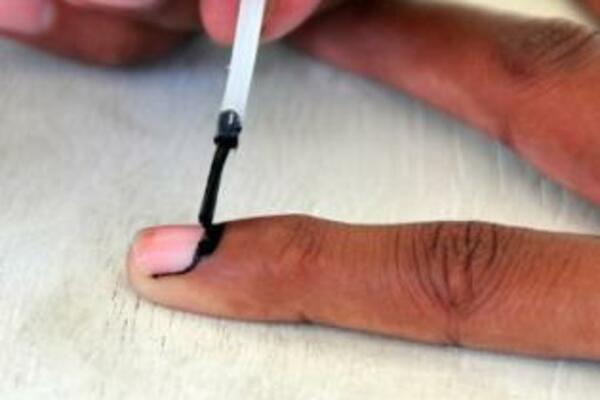 The Solomon Islands Electoral Commission says the new ink for marking voters' fingers cannot be removed with strong alcohol like Kwaso and any other cleaning detergents.

Election officials last week tested the new voter ink with the local home brew and found that a mark was still left on the nail and skin after the finger was rubbed with Kwaso.

Chief Electoral Officer, Mr Polycarp Haununu, says he is very happy with the test results because it shows that the ink is much stronger than in 2006.

"During the last National General Election, people trying to break the law and vote twice used Kwaso to remove the ink from their finger," Mr Haununu said.

"The new ink will help the Electoral Commission and law abiding people keep this election free and fair, where every voter casts one vote, in one place, this Wednesday."

The new ink comes from India and is used in elections all over the world.

Polling officials put the ink on the small left hand finger of every voter when they receive their ballot paper.

The ink shows that they have already voted if they try and vote again at another polling station.

Mr Haununu said that the new ink was a big improvement and people could be confident that polling officials would be able to identify people trying to vote twice.

"The penalty for voting twice has increased from $100 to $3000 and also risk going to prison for up to three months," Mr Haununu said.

"For the majority of law abiding voters, the new ink will give comfort that their vote and voice will not be spoilt by people trying to vote more than once on election day."

Mr Haununu reminded people to look out for the final election notice in their area before Wednesday to find out where they were registered to vote, and to vote early on election day.

"People can only vote at a polling station if their name is on the voters' list for that station - they must be allowed to vote," Mr Haununu said.

"If your name is not on the voter list for that polling station, then you will not be given a ballot paper, and no vote will allowed to be cast after 5.00pm, closing time.