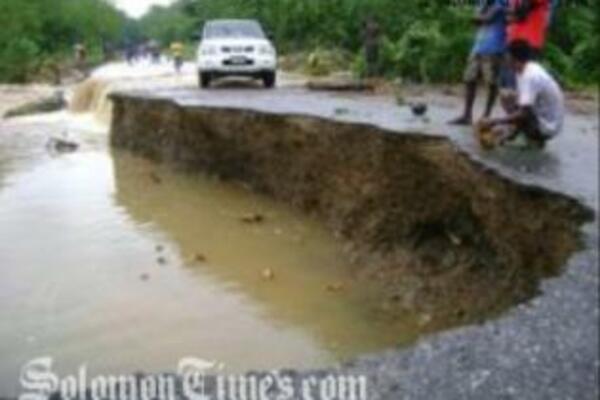 A landowner in West Guadalcanal is asking the government to pay $30,000 dollars in compensation for damages to property.

The claim came after the old Poha bridge was repaired by the ministry of infrastructure last week, after massive damages caused by the recent torrential rain.

The Landowner, Daniel Kikile, says the cutting of a new road beside the old Poha Bridge for vehicles to pass through damaged their properties. He said this includes sago palm trees and natural vegetation.

Mr Kikile says the new road also "contaminated the river downstream which they rely on for cooking, washing and drinking."

Ministry officials declined to comment stating that the road "was built out of necessity and has re-opened much needed road connection to the people of West Guadalcanal."

Owners of utility trucks that are transporting market produce from the West Guadalcanal to Honiara have expressed joy with repairs being carried out on the Tamboko and Poha bridges. Several villager spoken to said they were pleased with the work, as they were forced to transport their garden produce by boat to Honiara.

As repair work gets underway ministry officials say the cost could potentially run into millions of dollars.