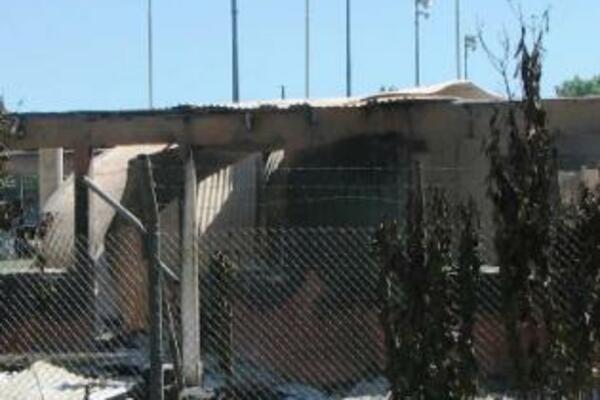 Police have made important progress with their investigation in to the burning of the Solomon Islands Football Federation (SIFF) office at Lawson Tama on 14 November 2009.

The SIFF building was set alight around 6.00pm on Saturday night as spectators threw rocks and rampaged around the soccer venue after a disputed goal during the opening day of the Solomon Cup competition.

Detectives from the National Criminal Investigation Department (NCID) today formally interviewed 12 people over the arson attack and burglary of the SIFF office. Charges are expected to be laid on some of these people in the coming days.

Investigators have already spoken to a number of witnesses and formally interviewed a total of 14 people in relation to the looting of a store at China Town. Police yesterday charged 13 of these suspects, two of them with store breaking and 11 with simple larceny.

"SIFF officials have also made a commitment to employ additional security personnel to help manage spectators. I urged all supporters to show common sense so everyone can enjoy the games safely," he said.

Assistant Commissioner Peter Aoraunisaka said that it is important that the public understand that people's lives were unnecessarily put at risk on Saturday.

"Public safety was further jeopardized when fire fighters were attacked and prevented from doing their job. This criminal behavior has already cost our community dearly," he said.

The RSIPF fire truck was extensively damaged when rocks were thrown at its windscreen, panels and windows. The estimated cost to repair the truck is SBD $20,000.

"Obviously these funds are better spent on maintaining vehicles to make sure we can continue to attend fires and accidents," Assistant Commissioner Aoraunisaka said.
Police urge anyone who has any further information that might help the investigation into the arson attack, rock throwing or looting to contact Honiara City Police CID on 23304 or the Police Communication Centre on 23666.